I had no intention of posting about the referendum. I don’t have any particular insight into the economics of the debate – although I do know enough to shout at the television screen during adverts that make simplistic claims about leaving the EU freeing up nine billion trillion squillion pounds, all of which would instantly be channeled into marshmallows and fluffy kittens, and maybe the odd unicorn – and I don’t have any specialist knowledge relating to the political relationships within the EU. After fifteen years working in the criminal justice system I’ve got a fair grasp on the issues relating to the legal system, but there’s nothing I could say about that side of things that hasn’t already been said.

But listening to the various arguments put forward by the Leave proponents, what has become increasingly apparent is that this isn’t a campaign that relies upon solid facts and figures, or with detailed economic breakdowns. Neither side can provide incontrovertible evidence for their projected outcomes, because neither side is, as far as I am aware, in possession of a functioning crystal ball. And go or stay, we’re venturing into unknown territory. There are intelligent people on both sides of the debate, and none of them appear to be motivated by some Machiavellian desire to plunge the UK into recession and crisis, while they stand by stroking a white cat and twirling a pantomime villain moustache. I therefore have to assume that both sides genuinely believe that the UK would be better in/out* of the EU.

The question is why the leave campaign believes we would be better and stronger outside of the EU, and for me it feels very much as though this is a campaign that is being driven by an ideology, rather than by a clear view of our economic or social future. To communicate their idealogy, the Brexit campaign relies heavily upon language and rhetoric – and it’s the language and rhetoric of an older world, an older Britain. 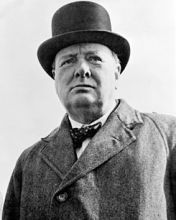 ing that he would have supported the Brexit movement. The Leave campaign quoted (out of context) remarks Churchill made about the UK’s relationship with Europe. Johnson was roundly criticised for this move – by Churchill’s family among others – but it is inevitable that it will have struck a chord with many people. Churchill is a powerful name to call upon. He was voted the greatest Briton in a 2002 television survey, and he is synonymous with both patriotism and great oration. To quote Churchill is to call to mind a time that many believe to have been, in Churchill’s most memorable words, Britain’s ‘finest hour.’

To look even further back in British history a quick Google search will throw up Youtube recordings of Shakespeare’s Sceptered Isle speech from Richard II, marked with the Brexit tagline, as well as various articles surmising that Shakespeare would have backed the Leave campaign.

We’ve heard various plays on the name ‘Great Britain’ with the emphasis firmly on the ‘Great.’ I’m surprised no-one has dragged out the old chestnut about the sun never setting on the British empire. Or maybe they did and I’ve blanked it out.

I don’t know whether the 24th of June will see us staying in the EU or going our separate ways. I don’t know what the long-term result of either of those outcomes will be. But my gut says that we would be better staying put. I do believe we are a great country with a great history. Not a perfect one by any means. But there are many moments in our past of which we can be proud.

But the referendum is about the future, not the past, and the Leave campaign are relying, to a great extent, upon the language of the past. Brexit campaigners are inviting people to hark back to a time that has long gone.   If the majority of people vote to leave on the 23rd of June, then that is their prerogative and we’ll have to get on and deal with the consequences. But if that is the outcome, I hope it will be because people have examined the various arguments, and looked at the evidence – such as it is – put forward by the two opposing sides, rather than simply being swept along by references to Great Britain, the sceptered isle, the island fortress.

If the Remain movement wanted to adopt the same approach, they could do worse than look to Tennyson’s famous poem, Ulysses, which concludes with the following lines:

Tho’ much is taken, much abides; and tho’

We are not now that strength which in old days

Moved earth and heaven, that which we are, we are;

One equal temper of heroic hearts,

Made weak by time and fate, but strong in will

To strive, to seek, to find, and not to yield.

While the bulk of the poem is taken up with the musings of an aging hero harking back to older glories – perfect, on the face of it, for the Brexit campaign, it ends with an admission by the eponymous narrator that those days are gone, but that there are still great things to be done. He isn’t rallying his old comrades to head back to Troy. He talks, instead, about seeking out a ‘newer world.’

Or perhaps you could read it as an extortion to reject the status quo and return to an earlier, greater time. Language is a slippery thing. You can twist pretty much anything to suit your argument, if you’re determined enough.

If the Remain campaign don’t like the idea of quoting Tennyson, but want to adopt a similar approach to their Brexit opponents, maybe they could think about a musical approach. Perhaps a montage of European leaders shaking hands and beaming at one another, while t 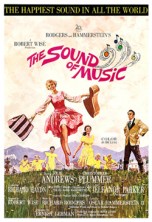 he EU flag flutters in the background, all to the tune of Shakespeare’s Sister’s Stay. Or East 17’s Stay. Or The Hurts’ Stay. Or Stuck on You with it’s ‘mighty glad you stayed’ refrain. In fact, thinking about it, musical montage could be a fantastic weapon in the Remain camp’s arsenal; there are all sorts of songs about staying put, and not that many upbeat ones about leaving. Leaving on a Jet Plane? Midnight Train to Georgia? So Long, Farewell from The Sound of Music?

I’m surprised no-one on the Remain side of things has thought of this campaign tactic.

I hope we do remain in the EU. I don’t believe that quoting Shakespeare and Churchill will make Britain ‘great’ again. I think there is a real danger that, by leaving, we will retreat into a false idea of our place in the world, based on a romanticized memory of the way things used to be. We need to deal with – and talk about – what we are now, and what we can be, not what we may once have been.

That which we are, we are

And hopefully still will be, when we wake up on the 24th of June.