So, the launch party has happened, the pre-order copies are starting to arrive and the reviews are coming in.

The Space Between the Stars has been released into the wild, and now there’s nothing to do but wait and see.

It feels a bit like that sketch in Little Britain where the man goes into the shop, asks for something obscure and unavailable, and then announces ‘I’ll just wait.’ 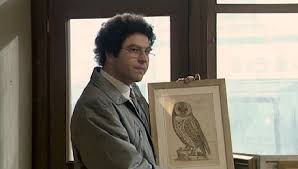 And while I wait, here are a few of the things I’ve learned about the publication process:

Time works entirely differently between acquisition and publication. It runs excruciating slowly, with launch day never actually getting any closer, and then it somehow suddenly jumps to two days before publication and you realise you’ve done none of the things you planned to do.

Time will then run at some strange accelerated speed for those two days – a kind of fast-forward where everyone talks in fast, high-pitched voices like the chipmunks, and zips around like Flash off The Incredibles – while you stand in the middle, flapping your hands vaguely and occasionally making half-hearted attempts at updating your website. Which, in further evidence of the strange nature of Publication Time, will load at the kind of speed more usually associated with the movement of the tectonic plates.

Make a to-do list. And I’m not just talking about a simple column of bullet points scribbled on the back of an envelope. You need some sort of complex, four-dimensional structure with a colour-coding system encompassing every possible shade of the visible spectrum.

It won’t actually help. You won’t actually do most of the stuff on the list. But at least you can organise all the things you haven’t done into a hierarchy of panic.

Find some suitable distractions for launch day. Otherwise you will sit around, chewing your fingernails, with a sort of TV ticker scrolling through your head on a permanent loop.
NONEWILLCOMENOONEWILLBUYITTHEENTIREPRINTRUNWILLBEPULPEDIWILLBEBLACKLISTEDBYEVERY
PUBLISHERANDBOOKSELLERINTHECIVILISEDWORLDANDPROBABLYSOMEINOTHERSPACEANDTIMEDIMENSIONSTOOAAAAAAAAAARGh

You will be ill. It doesn’t matter how healthy you normally are. You can be some kind of medical miracle who has never suffered from so much as a stubbed toe, and who is currently undergoing World Health Organisation tests in the hope of advancing scientific understanding into the functioning of the human immune system – you will still be ill in the run-up to launch day. It’s probably a good idea to book precautionary appointments with your GP and optician on the assumption that you will contract both tonsillitis and conjunctivitis at the same time. It might be worth seeing your dentist, chiropodist, podiatrist, physiotherapist and psychiatrist as well. Better safe than sorry.

And you will obviously need some sort of launch party back-up plan, just in case you are too manky and horrible to be seen in public. Follow the example of Mark Ronson in the video for Valerie, when he had several Amy Winehouse stand-ins perform in her place. Obviously this will need some forward planning. You will need to develop a Thing. Some visually distinctive quirk – along the lines of Amy’s trademark beehive – that will avoid your body doubles being constantly asked ‘And you are?’

You could die your hair in various shades of green. Or develop of habit of wearing a Yoda mask at all times. Or dress in yellow
stockings with criss-cross garters, or whatever that unfortunate chap in Twelfth Night finished up sporting.

Or maybe have a mask of your face made up. This is not overkill. This is an entirely reasonable and proportional response to a real publication issue.

Book at least seven babysitters. One is not enough. And book them for three hours before they are required. This will avoid multiple children being bundled into the back of a car and subjected to shouted instructions to ‘keep the bottle in the baby’s mouth’ and ‘stop asking such ridiculous questions!’ during the high-speed journey to the launch venue. It will also avoid you having to exit the car while it is pretty much still moving to cries of ‘Go! Go! Go!’ so that the rest of the family can sling-shot round a convenient one-way system and make it home in time for the eventual arrival of the multiple babysitters.

Yes, you may finish up with surplus childcarers, but you can probably solve this problem by instigating some sort of Gladiator-style babysitter showdown, after which there will be only one left requiring payment at the end of the night.

Do not assume that your book will be on the shelves at one minute past midnight on publication day. It probably won’t. And there are only so many times you can sidle into your local bookshop, locate a random stand and peruse a collection of ancient Abyssinian feminist essays on the use of Eucalyptus oil in the creation of experimental artwork, while casting furtive glances towards the New Ficti 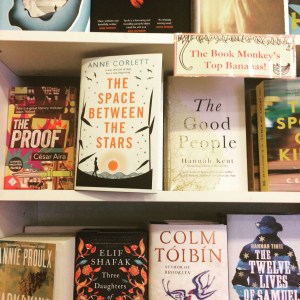 on stands, before someone notices.

If you do need to keep checking, you will need to recruit some mystery shopper type checkers (who probably shouldn’t wear the You mask from the launch party) to wander about the place loudly bemoaning the fact that they can’t purchase the most innovative publication since the seminal Abyssinian work on creative Eucalyptus usage on the very day it is published!

Or possibly send your children in to cause carnage a distraction while you slide your own copies onto a suitably prominent stand at the front of the shop.

I hope this list helps other debut novelists. If it proves useful, I might write a book about it. And probably make all the same mistakes again. 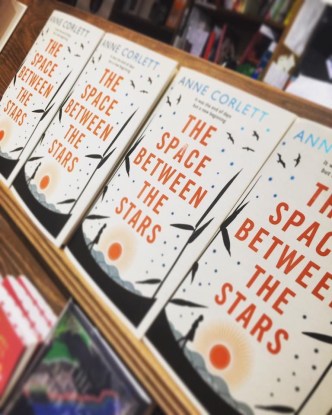