On Spaceships, stormtroopers and trying to get this parenting thing right

SPOILER ALERT SPOILER ALERT. BIG FAT SPOILERS FOR ROGUE ONE. DO NOT READ IF YOU DO NOT WANT ROGUE ONE SPOILERS.

YOU HAVE BEEN WARNED.

Why I won’t be taking my children to see Rogue One. Probably*

*This whole blog post may go out of the window if it turns out that he is the only one in his class not to have seen it, and the nagging reaches critical levels.

So. Rogue One. I thought it was great. I probably preferred it to The Force Awakens, lack of the iconic scrolling credits notwithstanding. I did enjoy episode 7 in terms of its overall feel, which was much more in keeping with the original films than the disappointing episodes 1 – 3, but there were some plot issues which I struggled with. The whole idea of the map to Luke Skywalker really didn’t work for me, although I was willing to suspend disbelief to some extent. 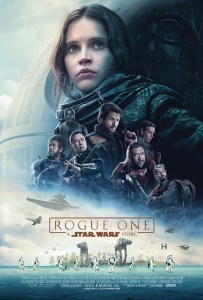 Rogue One, on the other hand, worked for me on two levels – both as a prequel to the original film, and as a standalone tale. The characters were believable, with just the right touch of moral ambiguity, and I liked the idea of various factions and ideologies within the rebel cause. Again, the ‘feel’ was consistent with the original Star Wars trilogy, and the film contained several fan-friendly nods to those earlier stories, without being too heavy-handed or gimmicky.

I watched it with a view to allowing my seven year-old to see it. He has seen the three older films and, after some debate, we let him see the last installment. At the halfway point I was coming down on the side of taking him. By the end, I had changed my mind. I initially had difficulty articulating what it was that was troubling me about the idea. The violence was no more graphic than in any other episode. There were no Game of Thrones style naked exploits. But it just felt…adult.

Then I realised what it was that was bothering me. At the end of the film, every main character was dead, and the Rebel Alliance had sustained massive losses. I probably should have realised this was coming – after all, the film was a direct prequel to Star Wars, seguing (beautifully) into the opening sequence of A New Hope. But I still didn’t see all those deaths coming. Of the five main human characters and one droid, I was fairly confident at least four were going to make it.

Because that’s what happens in the Star Wars franchise. People die. Sacrifices are made. But the core characters – the ones we’ve bonded with over several films – they make it through to the end. They’re there to claim the victory. In retrospect I was watching the film as though it was the start of another trilogy. Some of those characters had to make it through to the end in order to continue the story. But this was a standalone, a prequel, and their fate was sealed way back in 1972, even if they never featured as even a blip in George Lucas’s imagination at that time. So sure as I was that a ship would sweep in and save the two heroes from the approaching destruction, and sure as I was that either the mystic Jedi-like monk chap, or his faithful companion, would make it, the end-game was set. 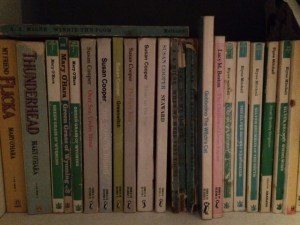 Children aren’t generally exposed to this kind of story. There are expectations attached to story-telling – that the main character will survive, that the good guys will win – and the ability to accept storylines that break these rules is, I think, a fairly adult thing. I’ve racked my brain, but I can’t think of any childhood book where the central characters didn’t survive. There were plenty of stories in which there were casualties – coming to terms with the fact of death and loss is an important feature of children’s literature, after all – but I don’t remember any tales which ended in wholesale loss, or where good didn’t ultimately overcome evil.

Even books for young adults tend to follow the same rules. The main characters suffer injury, loss and emotional trauma, but they survive, and they overcome. The obvious exception is the final installment in the Divergent trilogy, for which the author, Veronica Roth, found herself on the receiving end of a huge amount of criticism from outraged readers.

Even as an adult reader, I can’t think of all that many books – or films for that matter – which end in the death of the main character, although I can think of several for which such an ending would have been entirely legitimate and credible. I would imagine that most writers are well aware of the strength of literary conventions, and there will be commercial pressures involved, but I do think that there’s probably something more fundamental at work. Most writers simply won’t want to kill off their main character. If the act of reading is bound up with expectations and conventions, so is the act of writing. We want our characters to reach their goals. We want them to live on. I had a short story published in Mslexia, following one of their short story competitions, and the judging comments included the observation that readers like a sense of a story continuing beyond the last page. As a writer, even if you never intend to revisit that character, or that world, it must be quite hard to know that you can’t. I’ve got a couple of unpublished novels kicking around. They’ll probably never see light of day, but I occasionally entertain gentle daydreams about writing sequels for them. Just because…well, because.

Obviously there are times when conventions are knocked aside, when rules are broken, and these rare instances can be very effective. But some of their power is almost certainly in the fact that we don’t expect it, and it’s not something we see every day. As adult readers and viewers, we can appreciate and accept these unconventional endings. We know that good doesn’t always win, and that the ‘greater good’ (try saying that without using a Hot Fuzz voice – the greaterrrrr goooood) may involve more sacrifice than anyone expected. But then we have a body of experience with which to frame our reading and viewing – both real life experience, and exposure to all sorts of stories and endings.

I don’t think that I’m an overprotective parent when it comes to censoring my children’s viewing and reading material. But I do think I’m going to err on the side of overprotective this time. I hope that they will read and watch widely as they grow up, and at some point they will be exposed to material that breaks those fundamental rules. But I don’t think they’re ready for it yet. I’ve heard it said many times that writers need to know the rules before they can break them. Similarly, I think that young readers probably need to be comfortable with those rules before they can be comfortable with them being broken. Perhaps some people will think I’m trying to wrap them up in the literary equivalent of cotton wool, and that children should understand the reality of their world from an early age. I don’t think I am. We talk about things they hear on the radio or see on television, and while I might try to find a simple, child-friendly way of explaining some more difficult topics, I don’t think I fob them off. But the thing about books and films is that they allow us to escape reality, and explore other worlds, other ideas, other ways of being human. If the world was exactly how we wanted it to be, would we still need stories? Aren’t stories fundamentally about the gaps between our lives – and our world – and what we’d like our lives and our world to be?

I think that there is plenty of time in the lives of young readers for those gaps to start to close, as they move towards more realistic literature and films. I’m okay with them exploring those safe spaces for now. 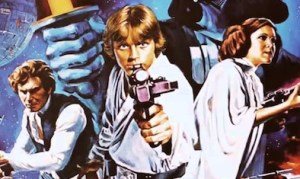 As an adult, I can appreciate Rogue One for what it is – a great story with engaging characters, and a beautifully constructed prequel to a much-loved story. As a child, I think I might have struggled with it. The writers made us love the characters, and then they took them away. For good. And no amount of telling ourselves that they died so that Luke and Leia and Han could live, and win, will wipe that loss out.

Maybe I’m overthinking this. Maybe it would all go right over their heads, and all they would see would be SPACESHIPS! STORMTROOPERS! LIGHTSABE…hang on, there were no lightsabers, were there?

I probably am overthinking it. But I keep coming back to a scene in one of the early episodes of Buffy the Vampire Slayer when Buffy asks Giles to lie to her. He responds with Yes, it’s terribly simple. The good guys are always stalwart and true, the bad guys are easily distinguished by their pointy horns or black hats, and we always defeat them and save the day. No one ever dies, and everybody lives happily ever after.

And I think there’s a short time in a reader’s life when that’s okay.

That’s what Star Wars was. That’s not what Rogue One was.

I should probably end with a dramatic reiteration that I will definitely refuse to allow my 7 year-old to see it. But I strongly suspect I will finish up giving in when he does turn out to be the only child in his entire school who hasn’t been. And then it will be all SPACESHIPS! STORMTROOPERS!

And I will feel ridiculous.

Meh. Nothing new there then.

On books, covers and the judging thereof…
On words, watchmen and what we want to be.

3 thoughts on “On Spaceships, stormtroopers and trying to get this parenting thing right”