On wine, whiteboards and Raymond Chandler

I’m between editing stages at the moment, so I’ve made a start on my next novel.

It’s actually a restart, rather than a new start. I was originally working on this project on the Bath Spa MA course, but I was struggling with the setting and tone of it. I put it aside to write The Space Between the Stars, and it turns out that some time away from it was just what I needed.

I’ve approached this novel very differently to the way in which I tackled previous projects. I’ve always been a bit of a seat-of-my-pants-er when it comes to writing, launching myself into a project with little regard for where I’m going, and then spending many hair-tearing, teeth-gnashing hours trying to retrofit the plot. With The Space Between the Stars, it was the first time I’d had a full story structure come to me in one burst of inspiration, with no major plot holes or complicated problems to solve.

With previous projects – novels or short stories – I’d always started with a single idea about a character or a concept, and built slowly from there, weaving in new characters and plotlines as they occurred to me, and spending a lot of time going back to unpick things that no longer worked. 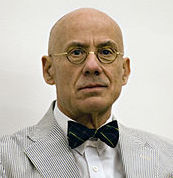 pproach. I drafted the story out in summary form, with brief notes about characters and themes, and played around with that draft until it made sense and had some shape and flow to it. At this point I was tempted to launch straight in, but I’d read an article about James Ellroy, the author of LA Confidential, in which he talked about the stages of his writing. After an initial short summary he writes a very detailed synopsis, as long as 30,000 words, which contains all the key elements he wanted to include. This synopsis provides a detailed roadmap for the actual first draft.

I thought it was worth a try, so I spent about a week drafting a 10,000 word summary of my own plot. I wrote it as though I was putting together a synopsis to go with a submission, so it included fairly detailed information about characters and themes, as well as giving clear indications as to whereabouts in the story the dramatic highpoints would fall.

About a year ago, during a discussion about favourite cult TV shows with some of my fellow MA students, I was introduced to Fanvids. These are mini-films created by fans of popular shows who splice clips together and set them to music. The vids can provide a general overview of the show, similar to a film trailer, or the ‘vidders’ might focus on a particular character or theme, or put the clips together in such a way as to create a story that may not be part of the official canon of the show, such as a secret attraction between two characters. You might also find vids focusing on the shows of a particular producer (Joss Whedon is very popular) or on different shows which have something in common.If you watch a few vids on a particular show, you will find certain scenes appearing again and again, with these moments appearing to encapsulate the show for many of its fans.

It occurred to me that I often think about scenes from my novel as though I’m watching a film, with a close focus on a character’s expressions or movements, or with a wide, cinematic view of a setting. For each project, I also tend to have a song, or a couple of songs, that sum up the main themes. The idea for a key strand of the first novel I wrote was actually triggered by a misheard line from a Coldplay song!

After writing my first draft, I sat down and went through the summary while listening to this novel’s ‘theme tune’, and I essentially produced a fanvid or trailer in my head. Certain scenes jumped out at me, and I found myself able to clearly picture the way characters looked at each other at key moments, and the way the camera would pan out or zoom in.

This might not work for everyone, but it’s certainly worth giving it a go if you’re the kind of writer who ‘sees’ the story playing out in your head.

This technique was a complete game-changer for me. When it came to the first draft, I had

none of the usual moments of total blind panic about what comes next, when you seriously considering adopting what is widely and inaccurately believed to have been Raymond Chandler’s advice on plotting – When in doubt have a man come through a door with a gun in his hand*

*Okay, so he was taken entirely out of context, and was talking about the expectations of the 1920s and 30s pulp fiction market, but sometimes it’s tempting to give it a go anyway.

I didn’t go back and edit as I went – something I usually find impossible to resist – as I could make notes on the synopsis about things that needed to change. When I decided to remove a character altogether (RIP Davy) I just amended the summary accordingly and ploughed on.

The whole process was something of a revelation. There were still giant whiteboard diagrams and spreadsheets with timelines, but there weren’t quite so many of them, and they made considerably more sense than my usual frantic scribblings and crossings-out. There were also fewer moments when I considered drowning my laptop in a vat of wine and jumping in after it, eyes closed, mouth open.

There was still wine, obviously. But in the kind of quantities that allow you to actually get out of bed in the morning and continue writing, rather than the kind of quantities that mean that you spend the next three days in a state of queasy paranoia, convinced that the Plot Police are staking out your house with a view to arresting you for crimes against literature*

*Possession of a Chekhov’s Gun without intent

*Typing without due care and attention

Talking about planning her novel in progress, Gina Bantock, writer and owner of the Little Bookish Gift Co says for me, the whole story has played out in my head like a movie for the last two years. I can see everything and I know everything. Now the first draft was written incredibly fast over 3-4 months. It’s very much in the style of ‘Peter and Jane’ – she did this, he did that, oh look here is a dog etc – but doing it this way allowed me to get the bare bones down so that now I have something to fix. So now I’m very much planning. I have everything broken down into scene by scene outlines, timeline scales, character notes, settings/locations photos and descriptions, I have clues and red herrings written out, and specific objects detailed. I’ve got it all! I’ve even got an imaginary interview written down where one of our Arvon tutors asks me why the ending is the way it is and not an alternative to which I give very detailed answers as to why it has to end the way it does!

With the new novel, over the months since I put it on hold, I’ve spent a lot of time just thinking about it, and talking it through with fellow writers. I’ve made notes about specific things that have occurred to me (usually just as I’m drifting off to sleep – and please note, no, you will not remember it in the morning. Wake yourself up and write it down) but I haven’t done any actual writing.

I’ve gone back through the various incarnations of the opening few chapters, and pulled out things that I still like, and finally written off ideas that I’m sure won’t work. I’ve re-read my various notes files in Scrivener, and created a new master file with all the little bits and pieces for which I think I can still find a place. I’ve drafted a very rough summary and, while there are still aspects of the plot which need to be worked out, I think I now have a clear idea of what it’s about. And also what it’s about.

Short story writer, Debbi Voisey says about beginnings, I never know where a story is leading me, but I do think briefly about the theme. I could be watching a TV programme and an idea will come and I mull it over for a very short while and then just jump in. I usually write the very beginning first and then let it sit for a while. Then I will write the entire story (if I am able) by hand in a notebook. Leave it for a while to breathe and then go back to it. Sometimes, rarely though, it takes a long while to get it right, but to be honest my best (in my opinion) stories come out pretty much completed and I do very little editing. I kind of know when the “magic” happens.

The ‘about’ is still broadly what it was when I came up with the initial idea, but it turns out that the ‘about is something else entirely. I once had a class with Fay Weldon in which she talked about the hypothesis of a novel. Every book needs to start with a theory, she said, and everything that goes into that book has to be geared towards proving that single, binding theory. It doesn’t necessarily have to be a theory you yourself agree with – it can be your main character’s view of the world, or it could be a satirical take on an issue – but you have to be able to articulate it.

I’m reasonably sure I know what my hypothesis is now. I’m probably not going to commit it to paper here, just in case it does finish up changing completely and everyone goes Ha! We knew you had no clue what you were doing! But it fits into a single sentence, rather than the rambling Well, it’s sort of about identity and kind of that thing where, you know, that thing…spiel that it was before.