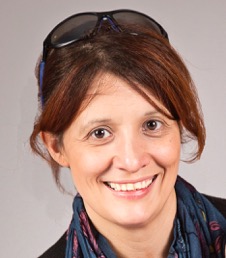 Anne is originally from the north-east, but somehow slid down the map and finished up in the south-west.  She now lives near Bath with her partner and three young sons. She has an MA in English Language and Linguistics from Edinburgh University, and an MSt in Linguistics from Oxford University, where she studied at Somerville College.

Anne returned to writing in 2011 after many years working as a criminal lawyer in London.  This was slightly unfortunate timing, given that she was right in the middle of relocating to Somerset with her family who seemed to feel that a little less novel-writing and a little more packing might be warranted.  They probably had a point.

Over the next couple of years Anne began to build a career as a freelance writer, fitting this work in around her day job as a solicitor.  Her work has been published in various magazines and anthologies and her short fiction has won, placed or been shortlisted in various national and international awards.

In 2014 Anne began an MA in Creative Writing at Bath Spa University.  Her initial MA novel was put on hold after a trip back up to the Northumberland coast triggered the idea for The Space Between the Stars which was published in 2017 by Pan Macmillan in the UK and Random House in the US. She has recently completed another novel. Anne also writes urban fantasy under a pen name, with three books in a series released to date, and the final instalment coming out in the summer.

During lockdown, Anne organised and ran a number of free online events, featuring speculative fiction writers and editors. The Wifi Scifi events were very well-received and led to the formation of a successful and ongoing writers’ group. Anne recently founded The Author’s Toolbox – a series of modular creative writing courses, offering tailored, flexible tuition and feedback for writers at all stages of their career.